View products
The volcano Mount Erebus is not just any old run-of-the-mill volcano. The second highest volcano in Antarctica, and the southernmost on earth it rises, like an assault on the air above it, 3794 meters into the sky and soars above its neighbors Mount Terror, Mount Bird and Mount Terror Nova. Named after the intrepid British exploring military ship - Erebus, it is the most active volcano on the continent and constantly spouts and belches its noxious gasses into the air, creating ice towers. These fumaroles create dark ice caves that are completely uninhabitable to any kind of normal life. Only bacteria and fungi can survive in these environments and certainly no photosynthetic life or life that depends on photosynthesis. With its lake of molten lava that has been around at least since the 1970's the volcano presents a real danger to all who approach anywhere close to its summit, if you even make it to that region of Antarctica, to begin with.

This range of light and slim backpacks and waist bags is our third collection aimed for youthful and intrepid characters who enjoy the rush and bustle of life. Minimalist in lightness and decor, it reflects a lifestyle of those who like to travel light, take risks and look for buzz in every experience. Urban colors mean that the collection will suit well young city dwellers who do not carry extra burdens but take everything they need for study and life with them in their bags and who move at a pace without looking back over their shoulders.

These days you do not want to be taking any risks with your personal belongings and the contents of your bag. We all carry with us multiple items that remain susceptible to water damage. This is the kind of damage that can not only ruin your day but potentially your month or year so it is crucial that you take the necessary precautions. That is why with these bags you are provided with a high-quality water repellent fabric that will keep the water out and the things on the inside dry and safe.
+ 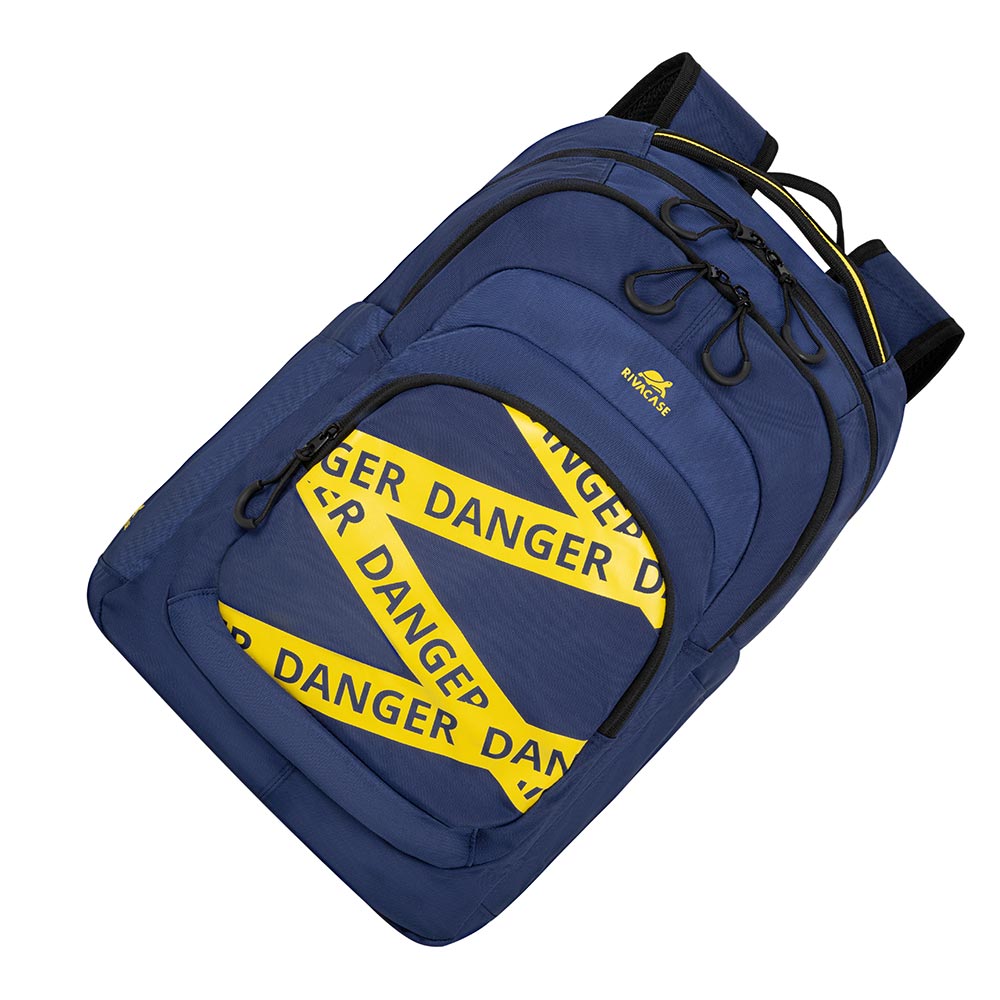 Some of us prefer to go about our days completely unnoticed, to blur into the background and retain a sense of anonymity. These are the kinds of people that more likely to be described as introverts. However, there is another group of people that do not mind having the spotlight on them and taking command of space. These kinds of extroverted people are those who this Erebus range will appeal to with its contrasting colors and appearance that will certainly make you stand out from the crowd.

The contrasting interior lining of this bag is a key part of its overall design. We all know the difficulty of having to route around in the bottom of your bag looking for that troublesome pair of keys, wallet or purse. This kind of task is made especially difficult when one is doing it in the dark or in poor weather. You want to be able to see into your bag and find whatever it is that you need without a moment's delay, which is exactly what this bag offers you with its contrasting interior lining.
+ 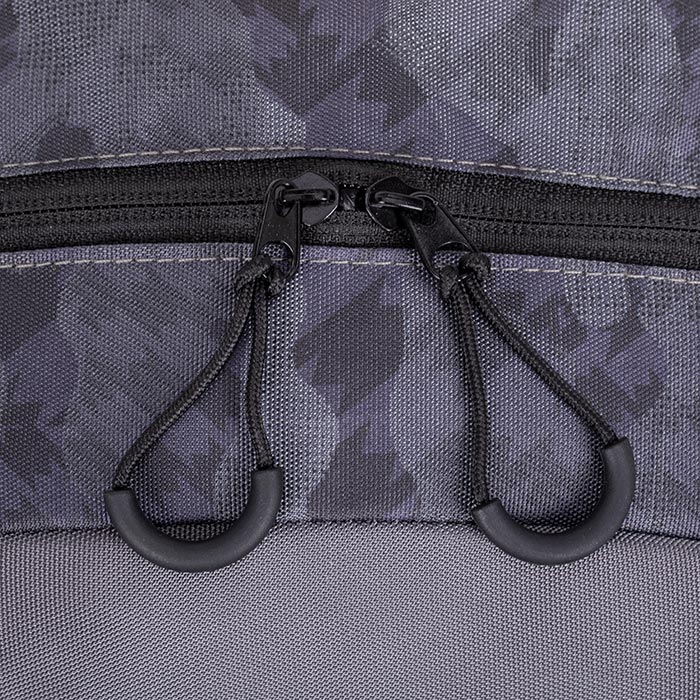 There is nothing more frustrating than having to deal with zipper pulls that have been cheaply designed and poorly constructed. These kinds of pulls will always inevitably let you down at the worst possible time and lead to all the contents of your bag being strewn across the floor. That is why we have made sure that this Erebus collection includes specially designed zipper pulls so that you can rely on your bag and be robust with your pullers but also know that they will last long into the future and not let you down.

This colorful waist/sling bag with an eye-catching print is manufactured using high-quality water-repellent material in order to keep the contents of your bag as safe as possible - including all of your electrical equipment. The main compartment is primarily for gadgets and your other belongings on your daily commute but there is also a hidden back zipped pocket for your passport and wallet in case you are in need of that extra heightened security. The bag comes with an adjustable waist belt should you need to tighten or loosen it. 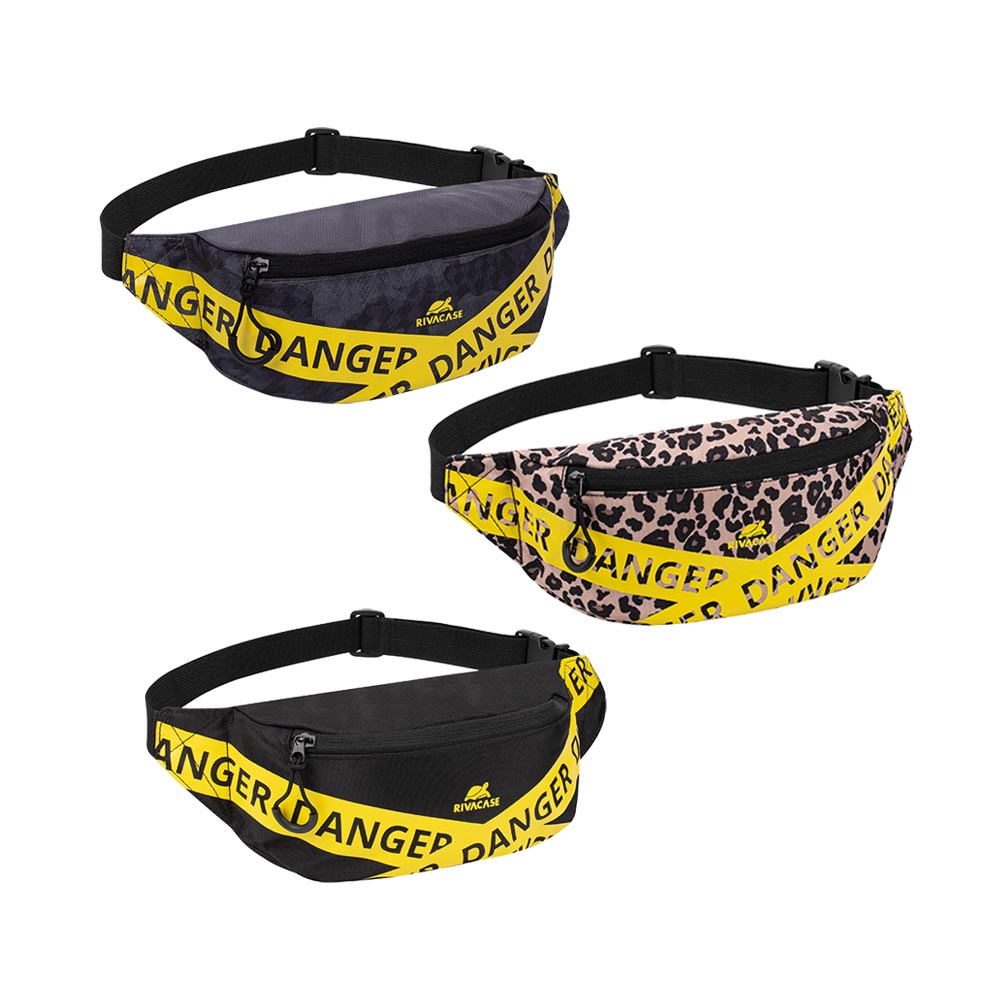 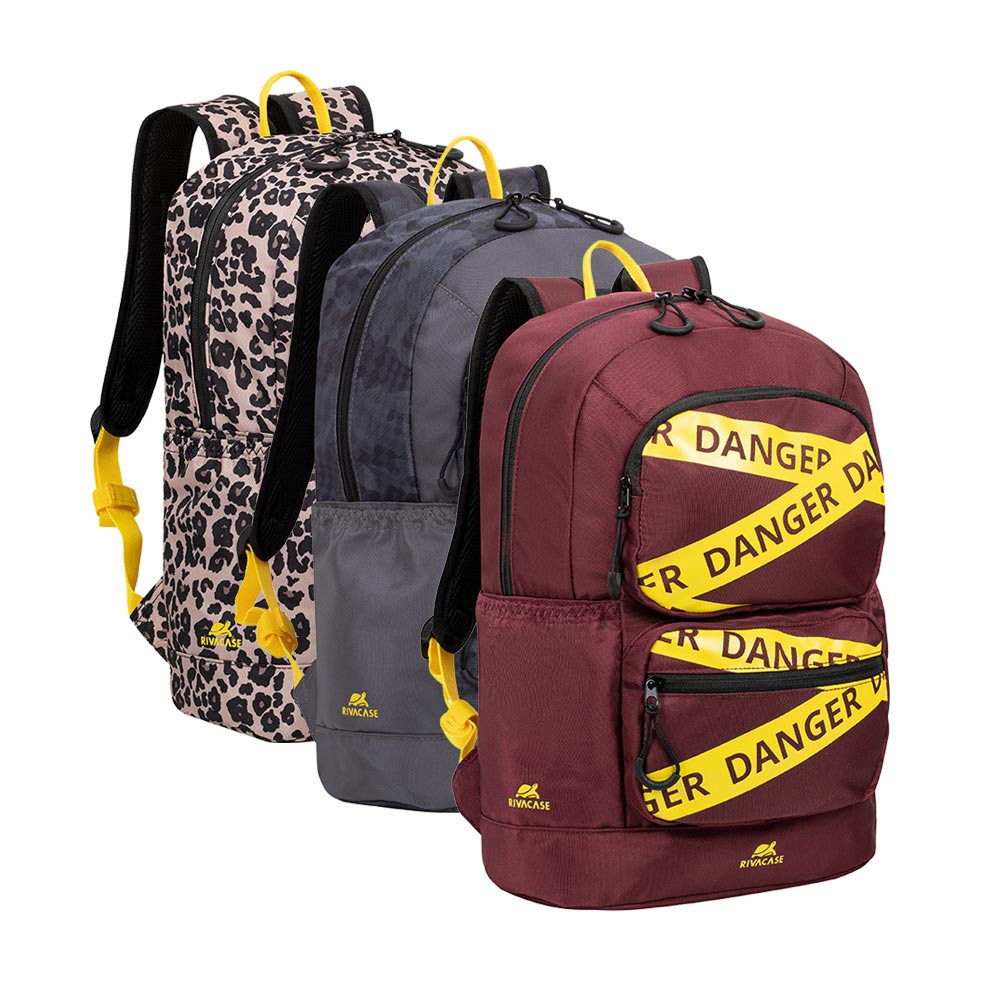 Manufactured using high-quality water-repellent material, this 14L Urban backpack is the perfect multi-use backpack for college, travel and outdoor activities. It comes with a storage compartment for clothes and your items on your daily commute. The inner compartment fits a 13.3” laptop (we recommend to use a laptop sleeve for additional protection). The interior is made of the contrasting lining. Two front zipped pockets for your smartphone, pens and accessories and a detachable key strap are available. A hidden pocket on the back for a passport or wallet is also provided.

This 20L colorful urban backpack features comfortable shoulder straps with softened bands that will make you feel comfortable even on the longest journey. It provides you with two side pockets for a bottle of water or an umbrella. The strap management system prevents excess strap material from dangling. The interior is made of contrasting lining and the exterior is manufactured using high-quality water-repellent material. A spacious storage compartment for clothes and other items on your daily commute and an inner compartment for a 15.6” laptop is provided (we recommend using a laptop sleeve for additional protection). 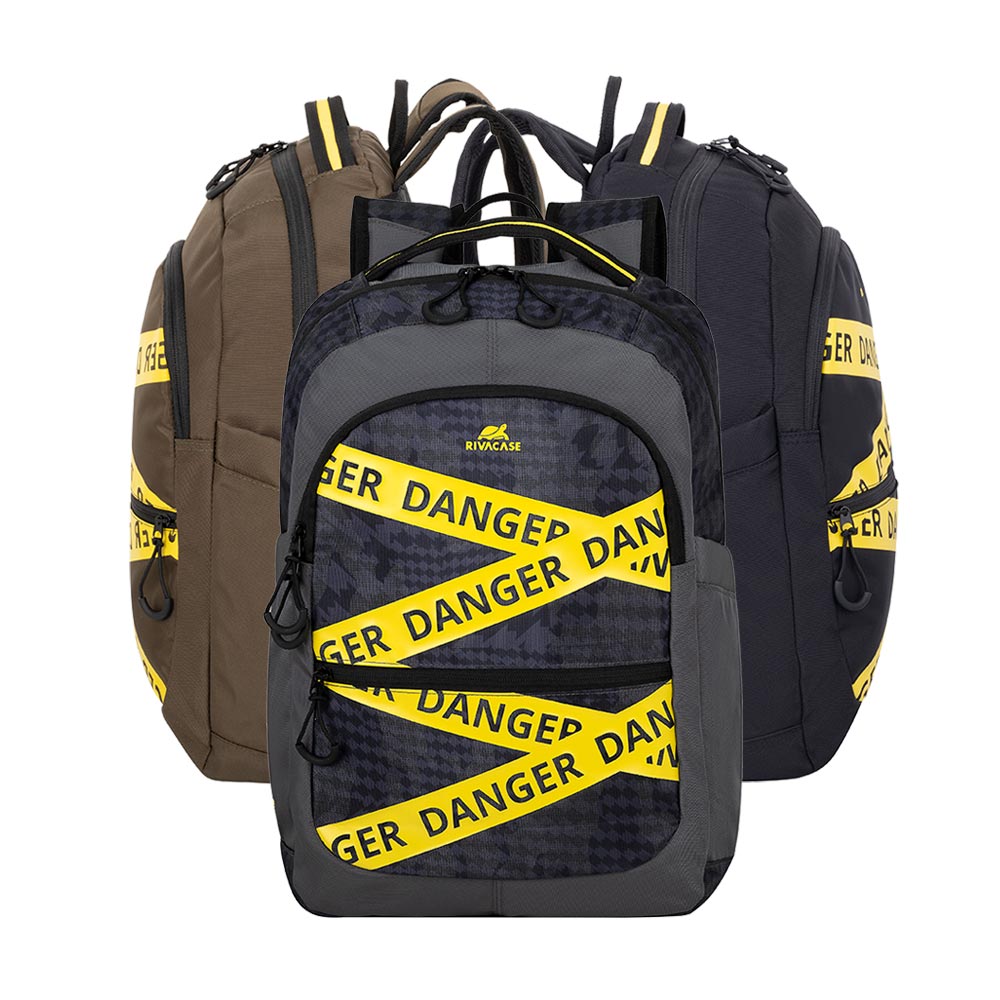 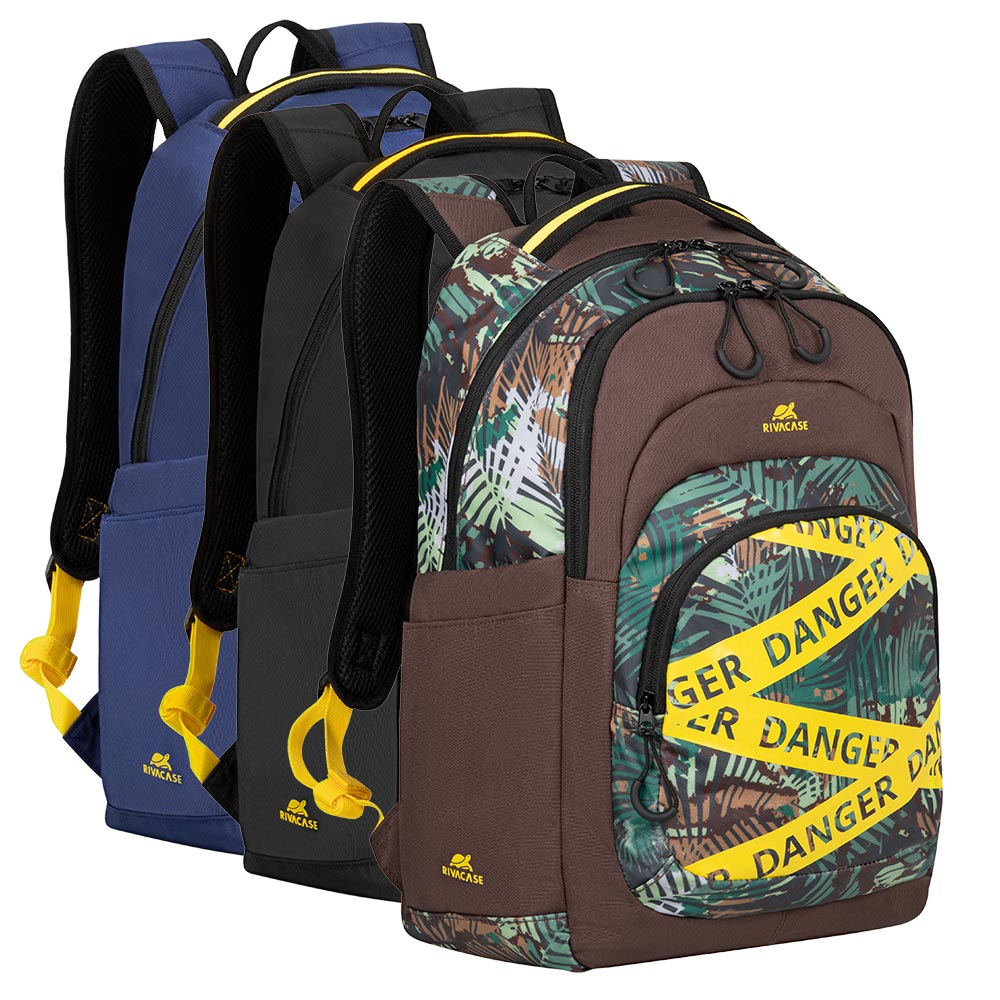 This 30L Colorful urban backpack is a very good choice as a classic multi-use backpack for college, travel and outdoor activities. The interior is made of contrasting lining and the exterior material is manufactured using high-quality water-repellent material. A very spacious storage area of two compartments for clothes and other items on your daily commute is available as well as a front zipped pocket with a detachable key strap that will organize your smartphone, pens and accessories. The inner compartment fits a 15.6” laptop (we recommend using a laptop sleeve for additional protection) and dual zipper pulls make for quick and easy access.