View products
Less well known than its sister Hyde Park to the west, but more well-kempt than its brother Hampstead park to the north, Regent's park occupies an enviable middle ground in the range of green spaces in London. The park, which is full of famous locations like London Zoo, Regent's Park open-air theatre, and Primrose hill from which boasts some of best views of central London, is surrounded by some of the nation's most sublime Georgian architecture, making it one of the most enviable locations to live in the city. Trendy areas like Primrose Hill and Camden hug its boundaries and so it is easy to see why so many scenesters and famous musicians have flocked to the regions surrounding the park and then into the park itself in recent years. Another aspect of the park which marks it out is the many varieties of sport played there. Tennis, netball, rugby, cricket, football, hockey, netball, athletics, to name just some, are all played in the park year-round. Boating takes place on the lakes and the famous Outer Circle is used by some of the city's most prominent cycling clubs. With the Regent collection, we have made sure to capture the enviable qualities of the park while also retaining some of its sporty nature. The product of this design is a lightweight range that is perfect for everyday use, 24/7, 365.

The Regent collection forms our lightest collection to date. Designed from classic forms using contrasting decor, it is a range that is simple and perfect for everyday life. Suitable for all ages and those who do not like to hang around but instead get up and go, its fabric weaving perfectly combines with denim material to create a bright but not garish look that will bring a light touch of sportiness to your everyday routine. The range includes spacious backpacks that have been designed to maximize volume and to leave nothing to waste. Suitable for a wide range of laptops the Regent range is accessible and functional.

These days you want the accessories that contain your device to be as sleek and aesthetically pleasing as the high-tech computer hardware is itself. The unwieldy, cumbersome designs of past briefcases are no longer relevant in today's fast-moving, highly specialized world. That is why we have made sure that this Regent range is created using a high-quality dense polyester fabric that keeps the surfaces of the bag looking slim and sleek. This durable material will not only look impressive in the meetings you have but also will help protect your bag's contents from any inevitable knocks or scrapes.
+ 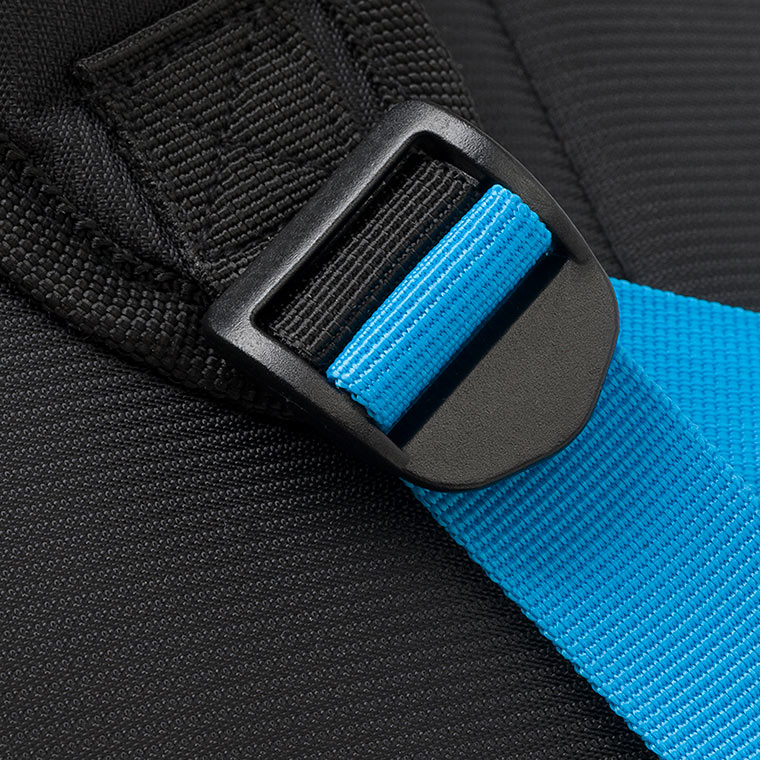 We wanted this range to have a lasting impact. We wanted it to be the kind of eye-catching design that is synonymous with all the best high-end sportswear or the most enviable kinds of street style. That is why we have included in this range 'police-strobe' icy blue elements that create a wonderful and impactful contrast with the dark black fabrics and which offer the collection a certain uniqueness. You can be sure then, that when using this Regent range that you will create an impression on others, both on your journey, and in your meetings.

This Regent range, as well as being perfect for the office and the professional environment, also is fundamentally sporty and youthful in character. That is why it comes with soft stitched zipper pulls which reflect this more trendy and accessible vibe. The added stitching on these pulls typifies the incredible attention to detail which has gone into the design of this range. So not only will you be able to quickly access your belongings with these efficient and ergonomically designed pulls, but also you can rest safe in the knowledge that you will look good when you're doing it.

Travelling lightly is one of the best ways of reducing stress and maintaining efficiency. A heavy bag can make a huge difference to your day, and if handled incorrectly can have a hugely negative impact on your muscles and joints. But you will notice when you pick it up just quite how lightweight this Regent collection is. It is one of the lightest in the collection. It is built for those who want to get about their day and do so safely and speedily. Simply slip all your items in and head on your way, and move about on your journey in ease and comfort.
+ 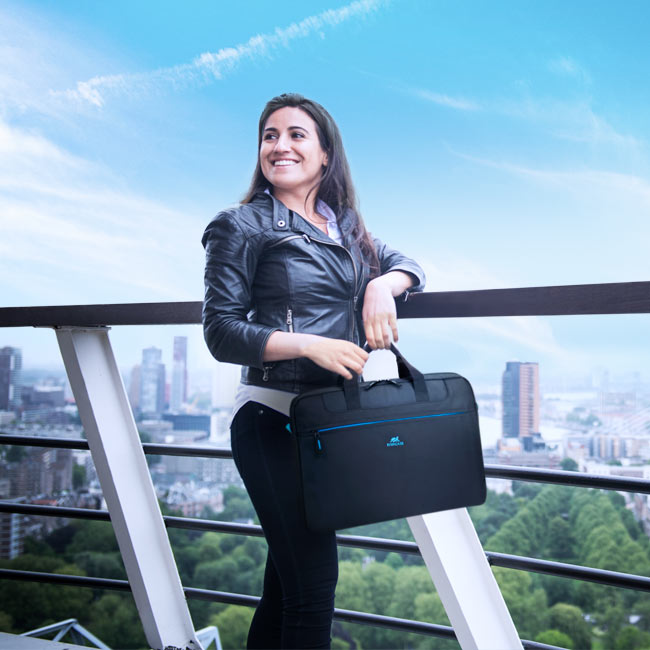 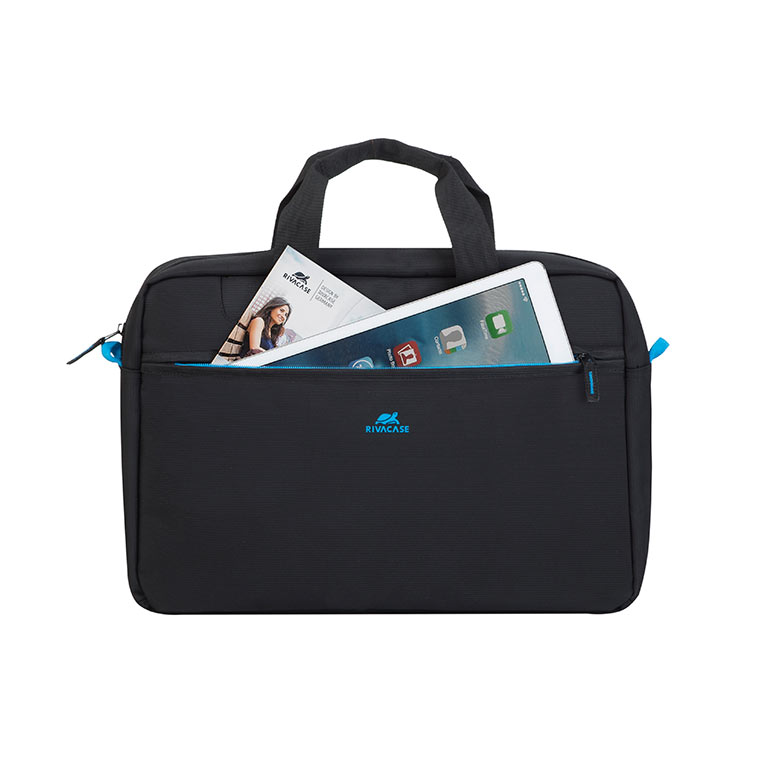 Sometimes you don’t have time to be opening and closing your bag every time you need to retrieve an item. Sometimes an item is one that needs to be quick to hand at all times. A boarding pass for example, now that all airport stores need to see them before purchase, is something that you need ready to hand and not stuck at the bottom of your bag. That is why this bag comes with its own front pocket so you can quickly get to whatever it is that you need at all times. And because security should not be sacrificed for the sake of ease, we have made sure this pocket is zippered so your items remain free from harm.

This laptop bag, 15.6" in dimension, is made from a high-density water-resistant synthetic material to ensure that if you are caught in a sudden shower when getting between office to taxi, that your items will remain free from harm. Similarly, a padded laptop compartment ensures better protection from accidental hits, scratches, dust and moisture. Three additional pockets easily accommodate all the necessary documents, accessories, Tablets, and smartphones that you may need on your day ahead. A double zip-fastener provides easy access to your laptop. Finally, handles can be folded into special outer compartments from both sides to make the bag more compact. 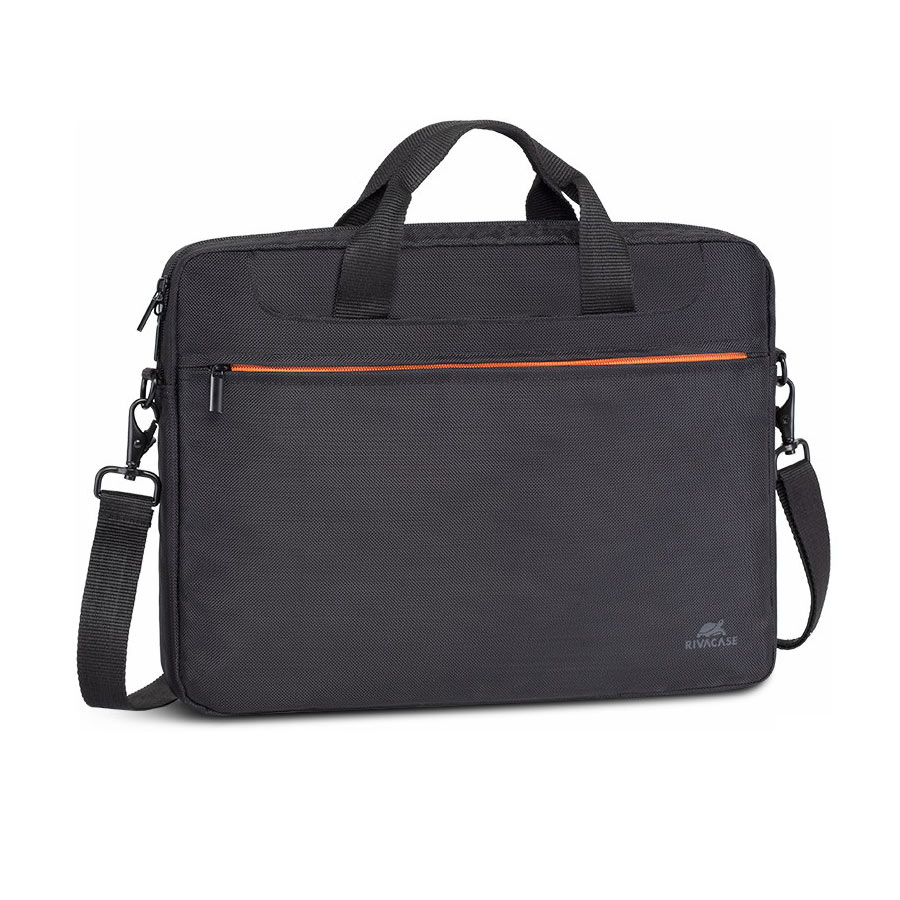 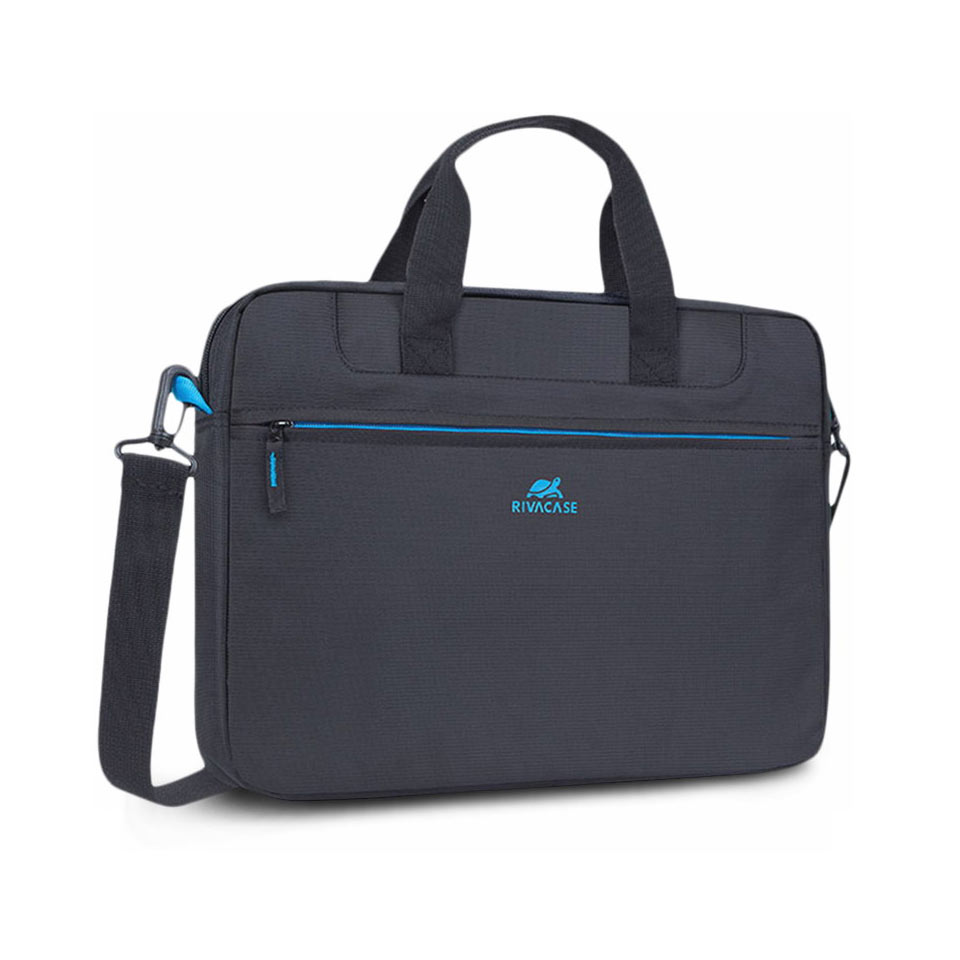 This hugely multifunctional bag from our Regent range is incredibly good value and accommodates all laptops up to 14". Created using durable polyester fabric, and with its own padded laptop compartment providing extra protection, it will keep your items free from harm. Comfortable padded handles and a removable, adjustable strap ensure that you can quickly switch the weight from your hands to your shoulders, find the correct length of strap for you, and free up another hand. Moreover, your hands will thank you for that extra padding after a long journey. A front zipped pocket for smartphone, business cards, accessories provides the perfect compartment for all your smaller items so that you can maintain organisation during your day.

This multifunctional bag provides hugely good value to anyone looking for a bag to carry a laptop up to 15.6'' in dimension. Created out of highly durable polyester fabric it doubles down on this protection by offering you a padded Laptop compartment to house your precious items.  A front zipped pocket is located on the outside of the bag in case you quickly need to store away a smartphone, business cards, or any other accessories. Dual zipper pulls enable quick and easy access to any of these. And finally, comfortable padded handles and a removable, adjustable strap is also included to give you a variety of ways of carrying the bag. 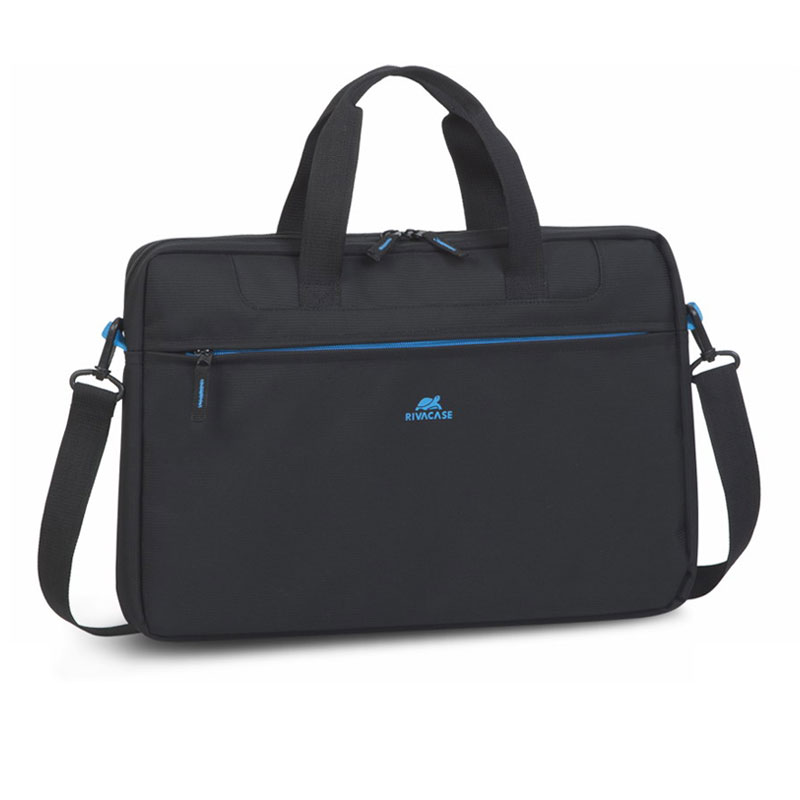 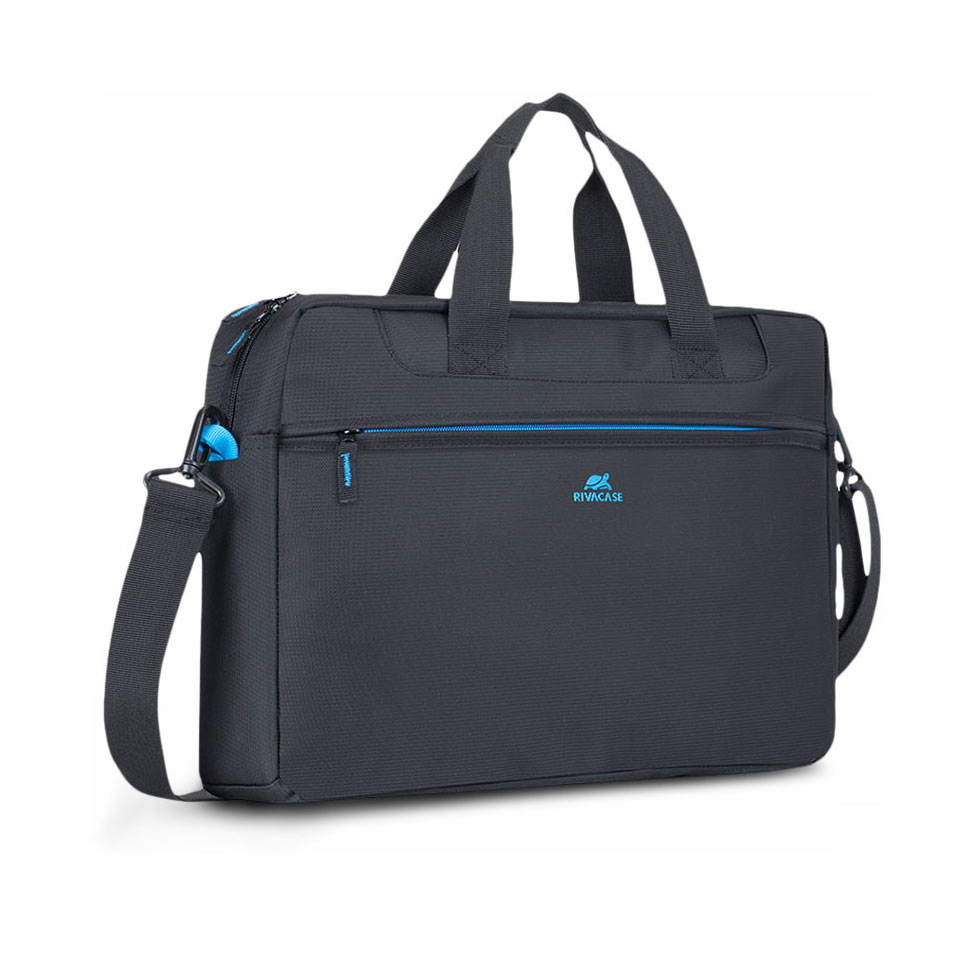 This multifunctional Regent bag provides a solidly good value option for those seeking a bag to house their laptop up to 16'' in size. Created out of durable polyester fabric the bag goes even further to ensure your item's protection by including its own padded laptop compartment, creating extra protection for your device.  Comfortable padded handles and a removable, adjustable strap mean that you have different ways of carrying the bag on your journey and that you can determine yourself what height you would like to carry it. A front zipped pocket is available should you need to quickly store away a smartphone, business cards, or accessories. And dual zipper pulls enable quick and easy access so you can be on your way in no time.

This bag from our Regent range is not only multifunctional but has been constructed in a way that reduces excess size and maximises its slim and compact nature. The result of this is a bag that is not only hugely good value and capable of carrying even very large laptops up to 17.3'' in dimensions, but it is also sleek and uncumbersome. Made of durable polyester fabric with an added laptop compartment it provides extra protection for your device. And a front compartment with dual zipper pulls allow for quick and easy access. Comfortable padded handles and a removable adjustable strap provide extra relief and adaptability. 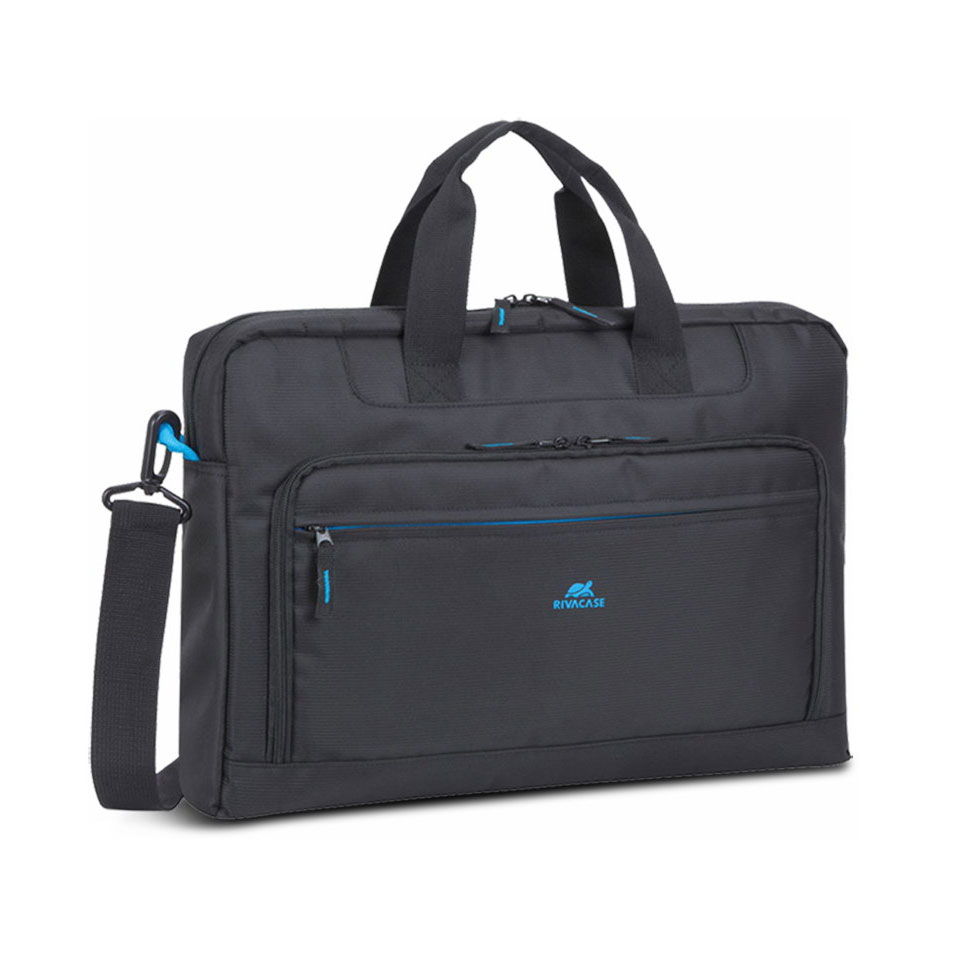 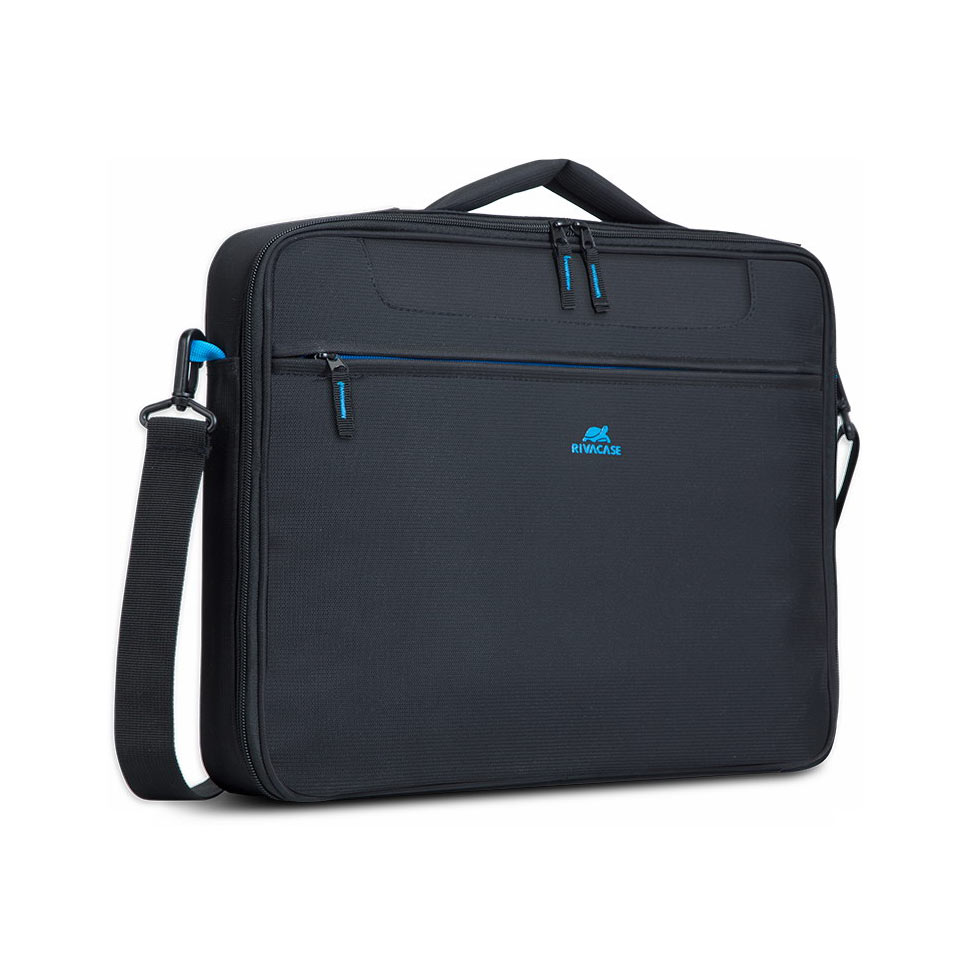 This Clamshell bag from our Regent collection is manufactured using high-quality polyester. In fact, during the design stage, everything has been done to ensure that your items remain safe and secure. Because we want to ensure that your device is kept free from harm, thickened sides protect your Laptop from possible damage. An additional enhancing frame creates better protection from accidental impact. The bag has one fully opening compartment for a laptop with special elastic bands for fixing it so that everything remains secure and in place. A front zipped pocket for chargers, business cards, accessories and a smartphone is also provided.

This backpack is the perfect option for use on a short business trip as well as for longer journeys. Specially manufactured using high-quality polyester which protects your Laptop from any damage, this bag has a main vertical load laptop compartment with soft sides and a fixation strap to keep your device secure at all times. Inner compartments for documents, accessories and a section for a Tablet up to 10.1'' is provided.  Dual zipper pulls create quick and easy access. Comfortable shoulder straps with softened bands will make you feel comfortable even during the longest of journeys. And finally, 2 side-pockets enable you to take that crucial bottle of water or umbrella along with you. 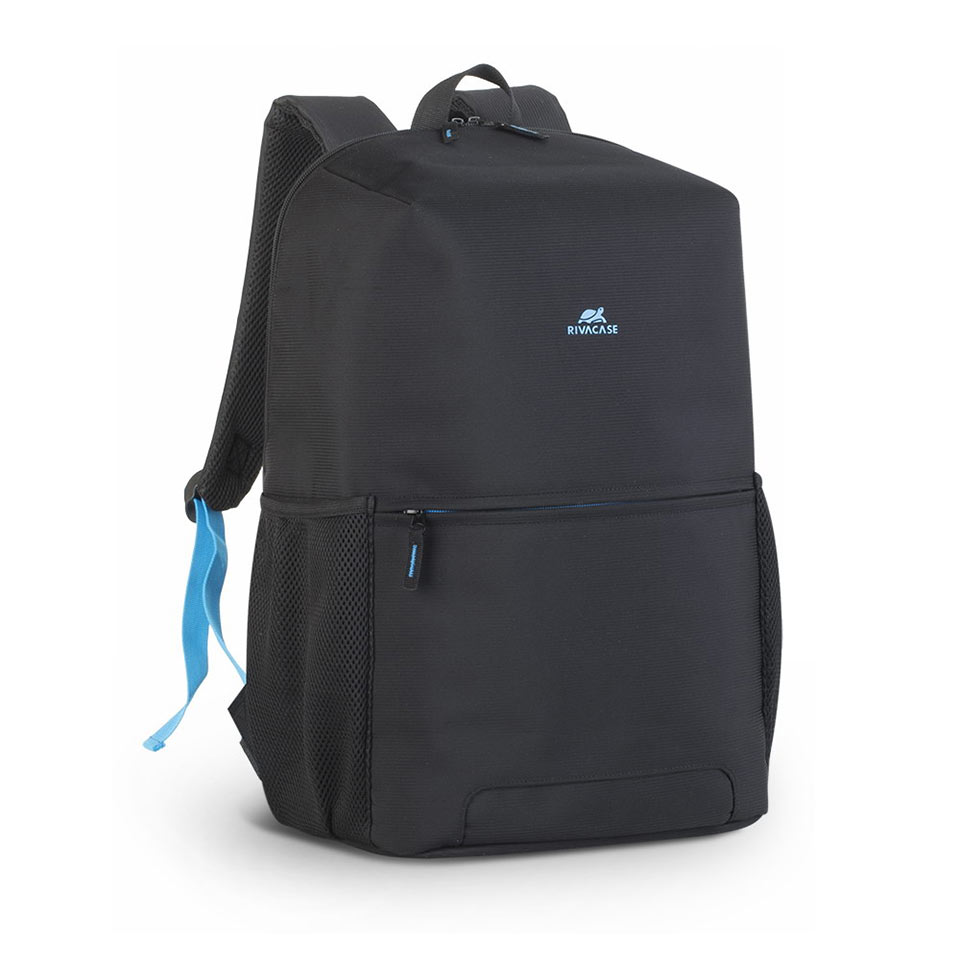 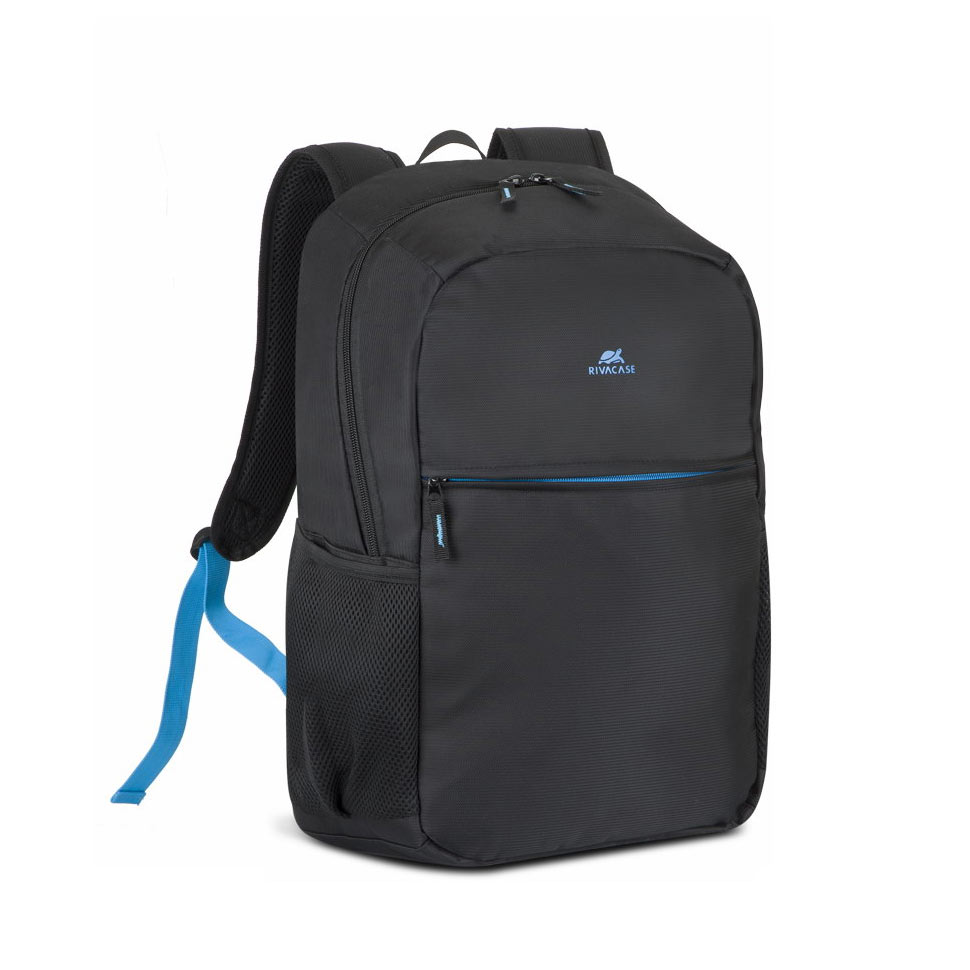 This Regent backpack is manufactured using high-quality polyester to protect your laptop from possible damage. The main vertical load compartment, capable of carrying a laptop up to 17.3" in dimension has soft sides and a strap for a better hold. This very large capacity is complemented by inner compartments for documents, accessories and a section for a Tablet up to 10.1".  Dual zipper pulls for easy, quick access allowing you to get into a front zipped pocket for your smartphone, business cards, and accessories. The bag comes with comfortable shoulder straps with softened bands which will make you feel comfortable, no matter what weight you end up carrying.